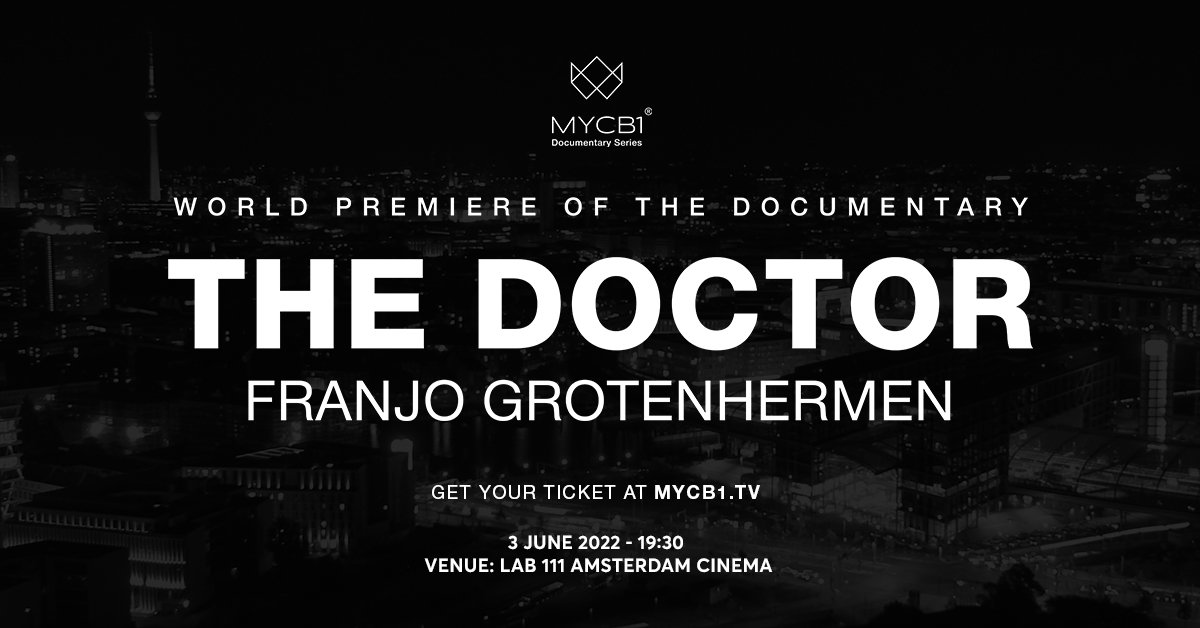 The documentary, “The Doctor” premiered on 3rd June 2022. There are many reasons why you should look forward to watching this documentary, especially if you have a liking for documentaries that feature revolutionary scientists. But if you’ve ever doubted the validity of the medical cannabis movement then this is your chance for a watershed moment.

“The Doctor” is the story of a medical doctor who was compelled to retire from active practice in 1992 after he was diagnosed with a rare condition known as the small vessel disease coupled with significant orthostatic disorder. In short, this condition affects the heart’s ability to pump blood and has therefore confined Franjo to a “lying down position” most of the time to prevent over-exerting his heart. As you will notice through the documentary, Franjo has been going about his affairs in this position for the last three decades. But that’s where his phenomenal cannabis journey begins.

“The Doctor,” tells the story of a man who views cannabis from all angles: patient, scientist, activist, and doctor. It covers the journey of medical cannabis over the last three decades, which have been the most eventful for the industry.

In 1997, Dr Franjo wrote his first book on medical cannabis which he titled: Cannabis Healing. In 1997, he founded “the Association for Cannabis as Medicine” together with some patients and colleagues.  In 2012, he opened the Centre for Cannabis Medicine which caters to the needs of the medical cannabis community in Germany. He is currently the chief medical officer of Telaleaf Health, an online platform that offers telemedicine services to medical cannabis patients. Dr. Franjo has received several cannabis awards including the ICBC 2018 Lifetime Achievement Award.

The documentary features the “father of medical cannabis” who is well known in the cannabis industry; none other than Dr. Raphael Mechoulam. Dr. Mechoulam is credited with the discovery and isolation of the primary psychoactive cannabinoid in cannabis, delta-9-THC. Recently, Mechoulam together with a team of researchers from the Hebrew University of Jerusalem. engineered a cannabis strain with over 20% THC. Also, check out Mechoulam’s EPM 301. Other notable scientists featured in the documentary include Mark Ware, Kristen R Muller-Vahl, and Manuel Guzman.

The documentary is directed by Edu Hernandez, a photographer, filmmaker, and we’ll renowned cannabis journalist with several award-winning documentaries to his name. It was premiered in Amsterdam, at the LAB111 cinema on 3rd June at 7.30 pm. Franjo Grotenhermen was present at the event.

Related Topics:cannabis documentariesmedical cannabis
Up Next

What Does a Stable and Mature Cannabis Market Look Like? Ask the Millenials

The Economic Impact of Cannabis Prohibition in Switzerland