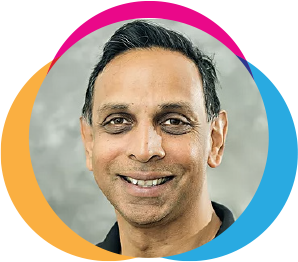 “The repercussions of not testing cannabis effectively can be dire. If you consume something that has a deadly pathogenic organism and it gets consumed by an immuno-compromised person, it could cause injury or death.”

The vaping crisis that happened in February 2020 and caused 2,807 EVALI hospitalizations and 68 deaths underscored the importance of cannabis testing. Even though the contaminated vape cartridges were traced back to the illicit market, the cannabis industry was nevertheless drawn to the reality of the ramifications of not effectively testing cannabis products.  As Milan Patel puts it, the consequences can be dire.

Milan Patel is the CEO and Co-founder of Pathogen Dx, an award-winning platform diagnostics company that supplies cutting-edge cannabis testing equipment to labs across all states that have legalized cannabis. One of their revolutionary testing technologies is an easy-to-use swab that detects over 30 pathogens in cannabis and delivers results in under 6 hours. Milan recently received Forbes recognition for the next 1000 Upstart entrepreneurs. In this interview with Milan, we explore the origin of PathogenDx, the importance of Pathogen testing for cannabis as well as what goes into creating a winning brand.

As an intro, how did you find yourself in the cannabis industry?

Great question. I had invested in the parent company to PathogenDx, and we had gotten to a point where that company had not commercialized a single product and also had run out of money. It got to the point in time where venture funding in the financial markets had dried up, and the amount of funding needed to achieve FDA regulatory approval and enter the clinical and medical diagnostics market was so significant. It would have risked the viability of commercializing the technology. So, we had no choice but to license out the technology.

I had to ask one question before we founded PathogeDx: where can we apply this breakthrough game-changing technology? That was when the lightbulb lit up, because the cannabis sector was not being federally regulated. That meant we had a less obtuse path to implementing our technology. The assumption was made that we would probably be more successful commercializing this technology in the cannabis sector given that state-level regulatory approval would be easier to achieve. When we did some more investigation and research into the industry, we realized that the cannabis sector was testing for multiple pathogens, both bacterial and fungal, in the same plant. It was an ideal fit for what our technology can do, and that’s how we saw ourselves entering the cannabis sector.

Can you explain to us what PathogenDx does and how this is crucial for the cannabis market?

PathogenDx is a platform diagnostics company. We sell testing equipment systems, test kits, and consumables to cannabis testing labs across all of the legalized states, both recreational and medical.

Improved pathogen testing in the cannabis industry; why is this necessary?

Pathogens are important in terms of cannabis testing, as the plant is predominantly grown indoors with a lot of soil and water. When you combine soil, water, heat, and humidity, it becomes the perfect environment for the growth of bacteria, fungal pathogens, and organisms. E.coli, Salmonella, Shigella, Mucor, Staph Aureus – you name it. We’ve found at least up to two dozen different types of bacterial and fungal organisms that can be present in cannabis. These organisms have a huge impact on the quality, safety, and purity of the product.

You have created an easy-to-use swab for testing cannabis crops for over 30 pathogens and delivers results in just 6 hours. How has the market responded to this game-changing invention?

That is a really good question. Some labs offer environmental monitoring testing services where swabs are used to identify where the contamination ‘hot zones’ are in cultivation facilities. For example, this particular product, the EnviroX-F that you’re mentioning, can be quickly swabbed on a vent, trim table, conveyor, drain, etc. and labs can identify the exact pathogen and the location of the contamination.

Because of the presence of water and airflow in the facility, bacteria or fungus can wind up on the plant canopy. What is happening is that growers tend to test an area once, but then stop testing. Just like in the food and pharmaceutical industries, we believe that growers should conduct repeat testing. What we have seen is pathogens identified in one location moving to other parts of the facility over a 6-8 week period. If you’ve swabbed a vent and it tests ‘hot’ for E. coli or Aspergillus, the grower will tend to immediately sanitize it, which makes sense. They’ll clean it out that time, but will generally not swab after the fact, and they won’t swab to see if there’s a regular buildup, and that seems to be the clear challenge.

We’re working with key growers that will establish a more repetitive environmental monitoring program. When done on a regular basis, you will know where the frequent hot zones of pathogenic buildup are reoccurring. To ensure safety, you would need to re-monitor and sanitize those areas, and we’re successful with a lot of our labs to offer that test. The ultimate goal is still to have regular environmental monitoring that they can offer up to all their growers, which will reduce the number of positives on ‘compliance samples’ coming from growers. On the actual cannabis canopy, we’re starting to see success because growers are becoming more accustomed to doing environmental monitoring.

In a nutshell, what are some of the repercussions of not testing cannabis right?

The repercussions of not testing cannabis effectively can be dire. If you consume something that has a deadly pathogenic organism and it gets consumed by an immunocompromised person, it could cause injury or death. It’s similar to the food industry when consumers have gotten food poisoning from eating a salad with E.coli in it, or partially cooked chicken with Salmonella.

Recently I heard about a batch of ice cream that contained Listeria. Forty people got sick, and there was one death– that’s the reason why testing pathogens in cannabis is so critical. Even though it’s smoked, some pathogens can be heat resistant and wind up in the lungs. If you’ve got edibles, even though they could be baked and processed, they can still transfer E. coli and Salmonella just through manual hand-processing. You can still consume it and it can still make you sick.

You are an Honoree on the Forbes next 1000 Upstart Entrepreneurs. What led to this achievement?

That’s a great question. The recognition goes to the company and its employees, and – I don’t want to sound too altruistic – but it’s really the mission that we’re pursuing. What we’re trying to do is make a huge impact on the health and lives of people with our new generation’s array of technology. Whether its food, environment, cannabis, or even human infections, we have an obligation to make the world safer and healthier. We have developed testing technologies that deliver results in a fraction of the time of today’s microbial or molecular technologies, at a fraction of the cost, and with better performance. The Forbes 1000 recognition was a function of the level of innovation we drive at PathogenDx.

We are pushing the envelope so that we can truly address some of the greatest challenges in pathogen infection and contamination, whether it’s related to our food system, our agricultural system, our water, and even inside us. We’re pushing because we see an incredible amount of innovation opportunity in this space. For the better part of 120 years, Petri dishes have been used to test in all of these different markets, and that creates a huge opportunity for us to innovate. This goes back to, again, our employees. It goes to all of our scientists that continue to innovate; to make the testing of these pathogens -no matter what medium it is- easier, better, faster, and cheaper.

You are very much involved in getting ahead of COVID-19, tell us a little about that.

We were, thank you for bringing that question up. We were lucky – out of 3,000 companies, we were one of 45 selected by the National Institute of Health, under Operation Warp Speed, to scale up testing for COVID-19. The reason why we were selected is because of the unique nature and characteristics of our technology. Our tech is able to not only do COVID-19 testing, but variant testing as well. The technology is well-suited to address variant testing in a fraction of the hours and cost of Next Generation Sequencing (NGS) testing, while using the same standard lab bench, equipment, and lab tech proficiency.

The beauty of this particular technology in COVID testing is that we really are able to identify variants in a matter of a few hours versus the days and weeks it’s taking for traditional sequencings to develop. We were selected because our technology can do that which others cannot.

It was a great pleasure to have this one-on-one with Milan Patel from PathogenDx. Readers who wish to keep up with the company are more than welcome to visit their website.

Tina Ulman, Director of Brands of The Source+, Interview Series