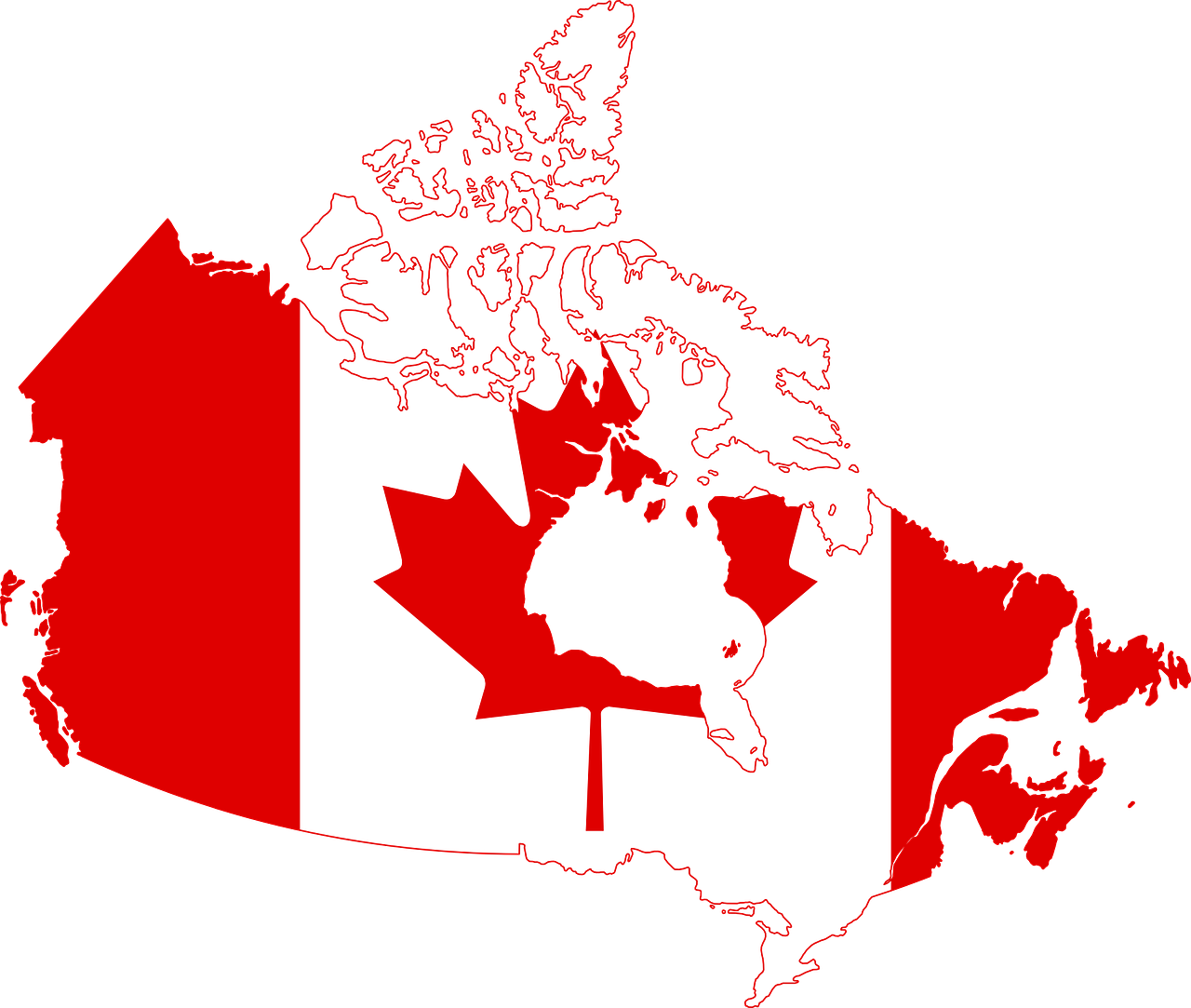 It’s been slightly over three years since Canada legalized recreational cannabis, a move which forever changed the way the world perceives pot. Good job Canada! However, it has not been all smooth and rosy for the Great White North, the inevitable challenges have been one-too-many. But again, this pales in comparison to the challenges besetting weed legalization in Uruguay; 2013 to date and supply is still an issue while the black market is rife. The “weed-Canada” dynamics is an intricate balance, but one that the whole world is watching from a distance. This article points out the highlights of the journey and paints a picture of what weed legalization in Canada looks like right now.

When weed was legalized in Canada a year ago, the state government set out the basic framework and allowed the provinces (and territories) to customize their regulations. The  cannabis act outlines the following factors on weed legalization:

The provincial and territorial governments set rules on the following:

In the first year of legalization, cannabis products that had been legalized for recreational use were limited to cannabis oils and tinctures, capsules, flowers, and pre-rolled joints.

2nd Phase Of Legalization Of Weed In Canada: Cannabis 2.0

A year after recreational weed went into effect there was a second form of liberation which has been termed “cannabis 2.0.” Cannabis products that had been disallowed were finally legalized for public sale on a nation-wide scale. These products include cannabis edibles, infused beverages, and vapes.

It’s not yet jubilation time as it will take some time before these products hit the market.  Licensed cannabis producers must submit a 60-90 day notice to the state regulator, Health Canada, before they can begin selling any of these products. Counting from the D-day, the earliest we expect these products on shelves is towards the end of December 2019. According to an OCS notice on their website, it should be until mid-January 2020.

A report by Deloitte projects that this new product segment is likely to take up 60% of cannabis sales in Canada, amounting to $2.7 billion in sales a year. With the recent vaping crisis it appears that cannabis edibles may be taking up the largest share of this projection.

Quebec has been very conservative with its cannabis roll-out. Recently they moved the legal age for cannabis consumption from 19 years to 21, being the highest age limit in the whole of Canada. They have done the same with cannabis edibles, only allowing cannabis products that do not appeal to children such as cannabis oil and butter.

What This Means For The UK

In the UK, Cannabis is classified as a Class B drug, meaning that it is illegal to possess, use and distribute. If you are found in possession of cannabis you will be facing a 5-year imprisonment sentence and/or an unlimited fine. For trafficking the sentence is 14 years in jail.

However, it appears that the UK is edging close to marijuana legalization. Should this happen, it is bound to be a heavily regulated market.

What This Means For The US

So far thirty-eight states and Washington, D.C. have legalized cannabis for medical use while 11 states have okayed recreational sales. One major drawback in the US has been that cannabis is outlawed in all the states under the federal government. For now, it’s a “wait-and-see” situation; the battle between the democrats and republicans in the house will determine whether the cannabis bill will see the light of day. However, this is progress in the right direction; the US appears to be moving towards full legalization of marijuana.

What This Means For Mexico

Mexico is on the path towards full legalization of Marijuana. The congress has until April, 30th to approve legislation that legalizes all forms of cannabis. Mexico’s population is currently at 126 million people while Canada’s population is 37.5 million people. The sheer magnitude of the Mexican market is bound to cause ripples in global cannabis sales, should cannabis legalize weed.

What This Means For New Zealand

New Zealand is set to hold a referendum next year on legalization of recreational weed. This will be the first country to hold a nation-wide vote on marijuana legalization. The nation is looking to set the minimum age limit at 20 years and also to roll out a public education program on weed.

What About Legal Cannabis In Uruguay?

Things seem to be moving pretty slowly in Uruguay, since weed was legalized. So far, only two companies have been allowed to grow recreational weed for sale meaning that supply is still an issue. Recreational cannabis in Uruguay can be accessed through:

The price of weed in Uruguay is comparatively low and it is set by the government at $1.30-$2.50 per gram for the two strains that companies can grow. In spite of the low prices, the black market in Uruguay is still rife years on.

Canada seems to be doing much better in the one year that it has been in the game; the illegal cannabis market may be quashed in the near future.

In Canada presently weed can be purchased quite easily from any part of the country. Black market sales are still a factor, but legal sales are gunning for a larger market share. The price of legal weed in Canada is comparatively high; $7.3 a gram compared to $5.6 a gram in the black market. The price difference is closing in, it would be interesting to see what will happen to the black market when the prices are the same.

Where To Buy Legal Weed In Canada

In Canada recreational weed can be bought either online or from physical storefronts. Ultimately, the provincial and territorial governments determine where weed can be sold legally in Canada. This is what it looks like:

Weed can be purchased from brick and mortar stores that must be licensed by the Alberta Gaming, Liquor, and Cannabis Commission (AGLC). Weed can also be bought online from the AGLC.

Weed can be bought from private retail stores that have been licensed by the Gaming and Cannabis Authority of Manitoba (LGCA).

Weed can only be purchased from the government-run Cannabis NB stores, there are 20 of them.

Weed can be purchased from a government-run website or from private retail stores regulated by the Newfoundland Liquor Corporation (NLC).

Weed can be purchased from liquor stores or online through the Liquor and Cannabis Commission’s website.

Weed can only be purchased from the Nova Scotia Liquor Corporation’s physical or online stores.

Weed can be purchased from private retail stores regulated by NULC or from a government-run website.

Weed can be purchased online from the Ontario cannabis store (OCS) or from licensed retailers who are regulated by the Alcohol and Gaming Commission of Ontario.

Weed can only be purchased from 4 brick and mortar storefronts or online from the government-run website.

Weed can be purchased from private stores or online from the Société Québécoise du Cannabis (SQDC).

Weed can be purchased from private retailers who also run online stores. They are regulated by the Saskatchewan Liquor and Gaming Authority (SLGA).

If you are in Ontario, you can order up to 30 grams of dried recreational marijuana online from the Ontario Cannabis Store. Alternatively, you can purchase cannabis in person from authorized retail cannabis stores in Ontario.

The Alcohol and Gaming Commission of Ontario is responsible for regulating the private cannabis retail stores in Ontario. You can click on the AGCO website to find the closest legal weed store to you in Ontario. Here is a screenshot of what the page looks like.

Buy Weed From The OCS

The legal age limit for cannabis in Ontario is 19 years. If you meet the age limit you can purchase weed products such as dried flower, pre-rolled, capsules, tinctures, and accessories from the OCS.

If you live in Toronto, you may opt for the same day or next day shipping which is charged at an extra cost. Normally orders are shipped within 1 to 3 business days. The OCS also has a Store Locator tool that can help you find an authorized retailer near you.

Considering that is has been just slightly over a year since the legalization of recreational weed, Canada is doing too well for itself as a global pacesetter.

Related Topics:cannabis laws. cannabis in Canada
Up Next

Where is THC-O Legal?

Where in the World is Marijuana Legal?