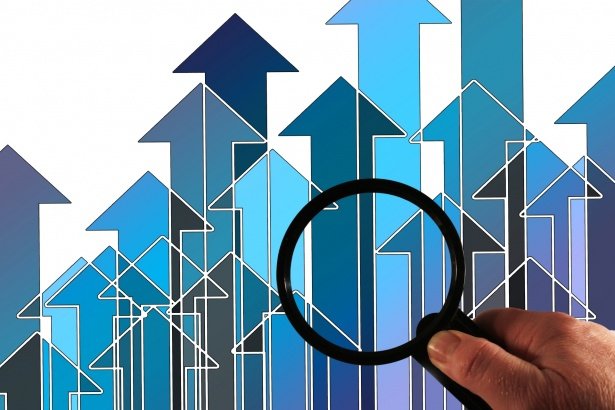 While 2022 has not been an easy financial year, Unity Road has managed to maintain prolific growth despite the global economic turbulence. In June this year, the premier Unity Road franchise in Boulder Colorado celebrated its first year anniversary. Amidst the expected teething challenges, Unity Road has maintained sustained growth leading to the acquisition of twenty other retail locations that will soon be launching in different locations across state lines. New franchise locations in North Denver and Cherry Creek will be opening their doors to the public very soon.

Unity Rd’s first franchise in Boulder, Colorado recently celebrated its first year anniversary. The owners (a father and son), Nate and Bruce Wetzel, admitted that they took up the franchising model to mitigate their risk and to leverage the company’s experience, support, and leadership. The Boulder dispensary serves both medical and recreational consumers. Plans for opening a second dispensary are underway.

In July this year, Unity Rd opened its second retail location in North Denver, located at 6101 N. A grand opening for this retail location is coming up later in the summer. Another franchise is coming up in a top commercial and residential location in Cherry Creek which is known for its vibrant nightlife and historical attractions. The dispensary has laid out plans and be is set to fully operational by the end of 2022.

Item 9 Labs is in the process of acquiring a leading Canadian retail cannabis franchise, Sessions Cannabis, further expanding Unity Rd’s footprint to Canada. Session Cannabis was opened in 2019 and has so far managed to open 43 stores across Ontario. Once the deal is sealed, all Session Cannabis stores will be rebranded to Unity Rd.  This will be the flagship Unity Road franchise in Canada, but definitely a first of many.

Because cannabis is still illegal federally in the U.S, Item 9 will set up extraction labs in Canada and will also have to work with local growers. Through this acquisition, Unity road will be able to offer premium cannabis products to Canadian consumers and in the process, it will be able to generate greater revenues for shareholders.

In March this year, Item 9 Labs signed an Asset Purchase Agreement to acquire The Herbal Cure which is a medical and adult-use cannabis retail shop in Washington Park. The deal is set to be finalized in the next six months.

Unity Rd. clinched position 6 in the 2022 Cannabis Business Times ranking of the “Best Cannabis Dispensaries to Work For.” The ranking is based on an employee survey (75%) and an evaluation of workplace values (25%).  Unity Road’s employee theme is centered on encouragement.

“Our brands [Unity Rd. and Item 9 Labs] were built as a vehicle for others — Our culture has been built from bottom to top by our people. As a result, we have created a company fueled by inclusion, innovation and vision,” said the chief franchising officer of Unity Road, Mike Weinberger.

Due to the federal prohibition, it takes a longer time to roll out a dispensary in the US compared to Canada. That said, Unity Road’s expansion has been considerably swift, thanks to the management team’s “duality of prowess” in cannabis and franchising as well as the great reputation of the brand. Unity Road franchisees have access to a proven guidebook on systems and processes and ongoing support from a carefully selected network of industry experts. This takes the guesswork out of launching a cannabis dispensary and reduces the risk of failure.

Speaking to Franchise Times, Unity Road South Dakota partner Adam Jorgensen had this to say: “When you’re dealing with a product that has a very high level of regulation both at a federal level and at the state level, and when that state level varies from state to state, you need a roadmap to follow,” Jorgensen said. “That’s where Unity Rd. can really add value, to help pass those barriers.”

The Colorado Cannabis Market is “Not Easy”

Colorado was the very first state to legalize recreational cannabis in the U.S in 2012, making it a mature cannabis market.  10 years later and “seasoned” entrepreneurs are still struggling to make headway. Recent research by the National Cannabis Industry Association (NCIA) showed that only 42% of cannabis businesses are turning in a profit. Speaking to the Rocky Mountains PBS, this is what the CEO of a cannabis brand in Colorado had to say.

“Honestly for me and many of my colleagues who’ve been in it this long, I’ve said if I knew it was going to be this hard, I never would have started,” said Jane West.

According to Jane, race, gender, and wealth inequalities are making it difficult for entrepreneurs to succeed in the cannabis industry. Does franchising offer a tenable solution?

Franchising as the Next Frontier

Franchising allows cannabis entrepreneurs the opportunity to beat the odds stacked against them by leveraging on time-tested SOPs and processes. Cannabis franchisees are able to access expert help starting from license acquisition to the tail end of the retail process. This prevents them from making unnecessary mistakes and hence increases the odds of succeeding. Here is what Nate, 1st Unity Roads franchisee, had to say about franchising:

“We had been looking at the cannabis space for a few years, trying to determine our best entrance that would mitigate the high risk. We knew that by partnering with a solid franchisor we wouldn’t have to go through the school of hard knocks. ”

“JIKO” the Robot to the Rescue