Solventless Extraction in 2023 & Beyond: Agrify’s Ben Britton Weighs In - MyCannabis.com 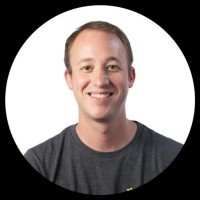 “My prediction is that probably twenty years from now we will not recognize  a lot of what we are using today for solventless extraction. But the heart of what is happening is ultimately not going to be all that different. Ultimately the heart of solventless extraction is using methods of mechanical separation to separate the oils from the plant.”

The nascent industry has been beset with several challenges including concerns about the safety of cannabis products. Most of us recall the EVALI outbreak of 2019 that caused several hospitalizations and over 65 deaths. This was linked to the use of contaminated cannabis e-cigarettes. There have been several other reported cases of contaminated cannabis products finding their way to the regulated market. With safety concerns in mind, consumers have become increasingly interested in “safe” alternatives and solventless extraction seems to be offering a tenable solution.

Solventless extracts bag a higher price point and would make sense for producers to improve their profitability. It makes sense to combine both methods; use a solventless method for material with well developed trichomes and use a solvent based method for the other material.

My Cannabis: The 2019 vaping crisis could have contributed to the increased interest in solventless extracts. Are all solvent-based safe? What about terpene preservation?

Ben: Alot of customers will choose solventless because it sounds safer to them. However, the 2019 vaping crisis in my opinion was attributed to poor decision making. Some people were using non-cannabis material to thin out the extract so that it can wick into the heating element in the vaporizer. Some people use material that has never been tested for vaping safety. This can create serious problems.

My solution to this is one: never use any material that does not come directly from the plant itself. These are the cannabinoids and oils that come from the plant.

Solventless extraction is not 100% safe as there’s always an opportunity for contamination. Therefore, there needs to be precautions and standards such as GMP to ensure that safety is prioritized.

There is also the preservation of flavor when extraction is carried out without a solvent. Harshness in cannabis mainly occurs due to “misuse of temperature” in the smoking process. When you have a solvent method, it’s easier to get a lot of volatile terpenes into the concentrate which then overcook and give a harsh flavor. This does not happen with solventless extraction.

My Cannabis: Which are the different kinds of solvent-based extraction methods and what should one consider when choosing one over the other?

Ben: The most popular is ice water extraction followed by rosin press. Ice water extraction entails taking fresh frozen cannabis and soaking it in a bath of ice water. The ice water soaks into the bud and prevents the flower from shearing off. The container is then agitated and the temperature changes allow the trichome heads to break off and sink to the bottom of the container due to their density. The trichome heads are then sieved, collected, and washed. The process is repeated about three times then the collected resin heads are dried in a freeze drier. The resin glands can then be smoked as they can be put into a resin press to be refined further.

That’s the preferred method these days for several reasons. Compared to dry sift, in ice water extraction only the resin glands are sheared off and not other plant material. The ice water acts as a buffer making the extraction process more selective.

When sifting, cannabis material has to undergo drying and curing which volatizes the terpenes and oxidizes the resin glands. This degrades the quality of the material even before extraction begins. Ice water extraction uses freshly frozen cannabis that has not undergone any process.

There are lots of other methods in the market that are advertised as “solventless” because they do not use any solvent. But they are not widely used commercially.

My Cannabis: What does the future of solventless extraction look like?

Customers are only beginning to understand different cannabis products other than flower. However, as they become more knowledgeable on cannabis extracts and how they are manufactured they are likely to ask more questions and lean more towards what appears to be safer.

These are some of the factors that are making people gravitate towards solventless extracts and hence this segment will only continue to grow in 2023 and beyond and will always have a piece of the market place forever.

It was a great pleasure to have Ben Britton share insights on solventless extraction with us. Those wishing to learn more about how Agrify is changing the landscape of cannabis cultivation and extraction should visit their website.